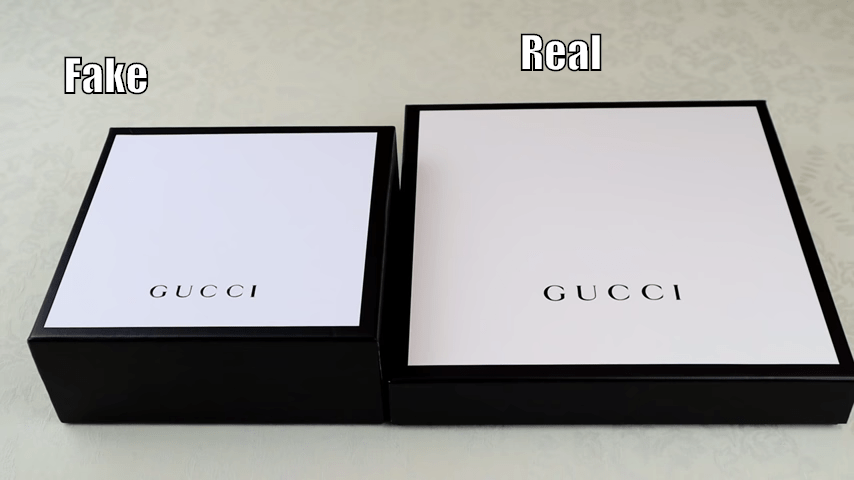 How To Spot Fake Gucci Belts

Over the past few years, the market has become flooded with fake Gucci belts. As a result, many people have been tricked into paying a lot of money for a rip-off.
Naturally, you should want to avoid this completely.However, the majority of people may not know how to spot a fake Gucci belt and differentiate it from a knock-off. As it turns out, there are a few things that give it away when comparing fake Gucci belts vs real ones.

The main reason for this is that the fake Gucci belt difference can be clear to many people when they know what to look for. However, this still begs the question as to how to spot this difference. There are several ways to spot a fake. 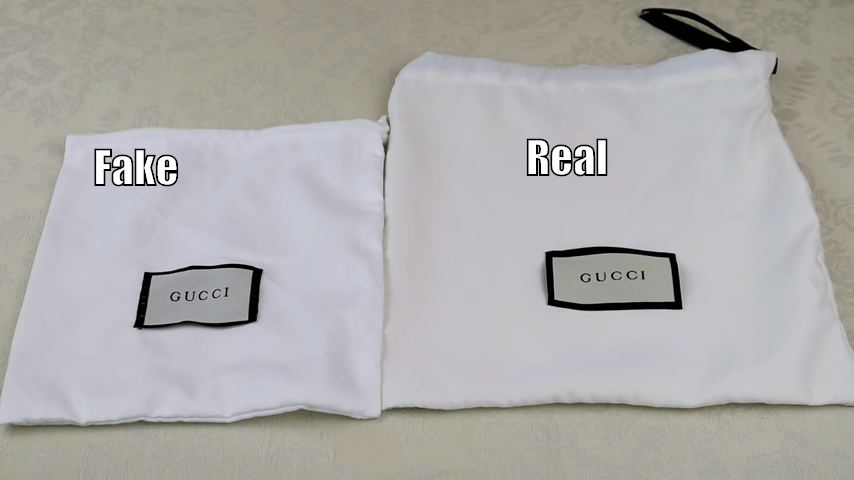 One of the first things you can check to spot a fake Gucci bag is the packaging. Gucci typically uses a certain shade of white, which is usually off-white. This should mean that, if your packaging looks stark white, then it’s likely that you’ve gotten a fake.

Coupled with this is the logo, which is something that many people fail to check. Real Gucci belts and packaging have logos that are quite precise. As such, if they’re a little ‘off,’ then there’s a large chance that they may be fake.

Know Quality When You See It

There can be quite a large difference in quality between a fake and real Gucci belt. As such, this can be one of the easier ways to tell the difference between a real and a fake. However, this might not always be the case, as some knock-offs are much more high-quality than others.

As such, you’ll need to spend a significant amount of time checking the craftsmanship and overall quality. Much of this should focus on any gaps, spaces, and other things that shouldn’t be there. By knowing the intricacies of a real belt, you’ll be able to identify fakes better. 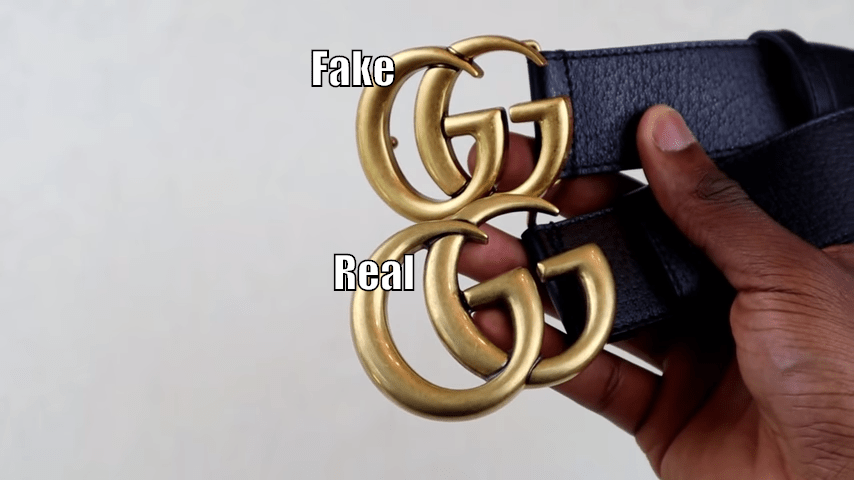 The texture is one of the larger areas that you’ll want to focus on when determining whether or not a Gucci belt is real. While many people would expect that the leather markings would be the first thing they should look for, this wouldn’t always be true. This is because there are a few real Gucci belts that don’t have this.

Instead, you’ll want to make sure that the belt is made out of a continuous piece of fabric. While this is typically leather, there can be other materials used, too. If there are any breaks or stitches, then this could be a sign that it’s fake. 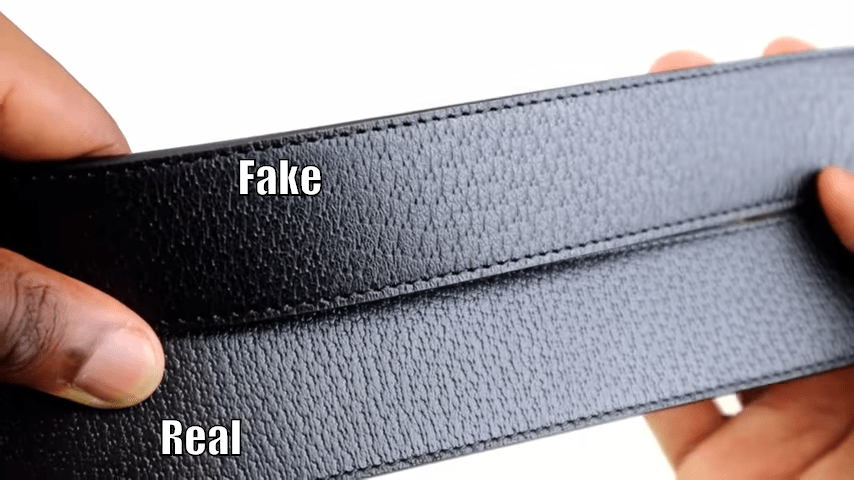 The belt’s serial code can be one of the more accurate ways of telling whether a Gucci belt is real or fake. While the numbers themselves might not be too reliable, how they’re stamped into the belt should be quite accurate.

Typically, real serial codes will be quite small and will be stamped quite close to the loop. Fakes, on the other hand, will have somewhat of a more stretched appearance and will typically be farther away from the loop. 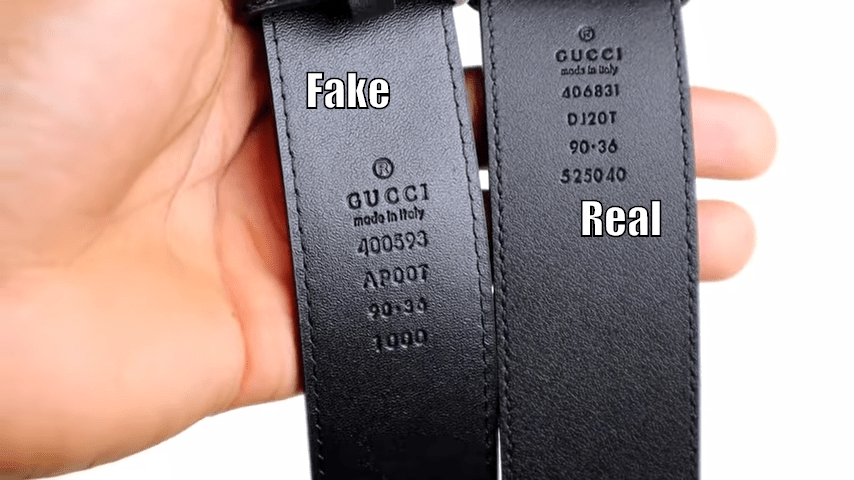 Be Wary Of Screws

One thing that Gucci has always had a significant amount of respect for has been leather. This has meant that the company wouldn’t punch a hole into it unless it’s absolutely necessary. As such, this could be a sign of whether or not the belt is fake.

Typically, you should treat any belt that has excess screws as fake. For real Gucci belts, these will usually be sewn in rather than punched.

Comparing pictures and products can often be the only way to tell the difference between real and fake Gucci bags. While this is much easier to do in person, you might also be able to do so with images. However, this will take quite a keen eye and a certain amount of time to do.

As such, you may need to pay a lot of attention to the details when comparing them. Alongside this, you should make sure that you’re vigilant in which sellers you buy from. While there will be a few official online sellers, many will not be. 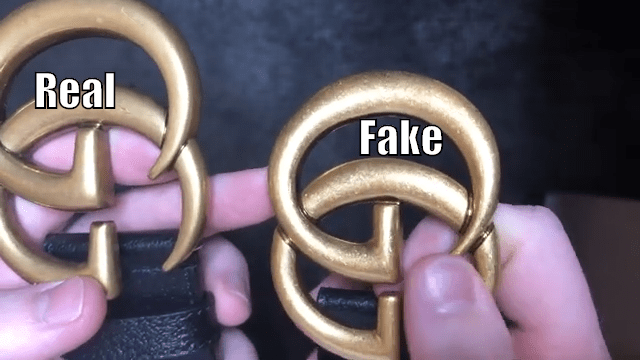 This should mean that you’ll need to do an extensive amount of research and comparison before buying.

Naturally, there’s a variety of things to consider when looking at fake Gucci belt how to tell it from the real one. However, this doesn’t mean that it has to be overly-complex. Instead, all of the above should be quite helpful when comparing a real Gucci belt vs fake. 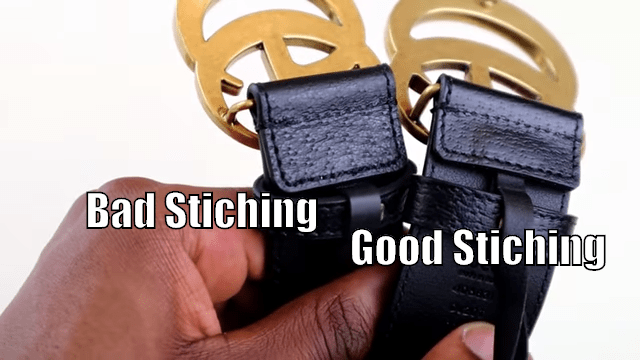 Naturally, it may take you a certain amount of time to figure this out. However, patience and determination will be vital for this. This is especially true for any fake Gucci belt vs real Amazon listings that you might come across.

Keeping all of the above in mind, however, should make sure that you don’t make any mistakes.